Illustrated with photographs and sketch maps. Green cloth covered boards, silver titles to spine. The story of Archangel Force, a somewhat ad hoc force sent to northern Russia towards the end of the First World War. It had been formed in response to the signing by Lenin of the Treaty of Brest-Litovsk with Germany, which had potentially disastrous implications for the Allied strategy in France. The author describes this not as a history of the Archangel campaign but as a series of memories from his personal diary. He concludes with a retrospective note introducing an appendix discussing future policy and proposals for action. 211 pages plus index. Condition: Dust jacket torn and ragged, much repaired and with some loss. Book clean and sound. 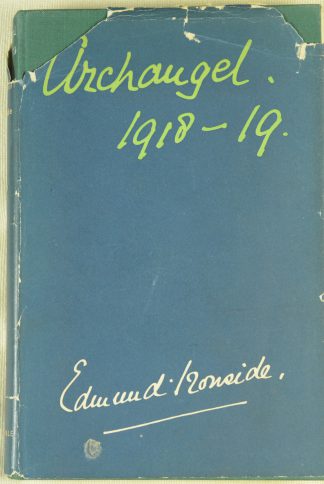