Factory and Workshop Acts, 1901 to 1911. Memorandum By the Electrical Inspector of Factories on the Electricity Regulations.

This is a privately bound photocopy of the 84 page memorandum. Photocopies of the original covers (very indistinct) are laid in. There are copious notes in pencil in the margins and to the verso of the pages. There are also earlier notes which were present on the original document and so have been photocopied. A note referring to these notes has been written in pencil on the front free and paper, dated 1930, initialled GSR. A later owner has added a note identifying GSR as G.Scott-Ram. A copy of Form 401 Dated February 1941 (Electricity Regulations: Instructions to Inspectors) has been laid in; this is an eight-page stapled document, not a photocopy. An official notice (Circular No. 400) announcing the death of Gilbert Scott Ram has also been laid in. A photocopy of a letter discussing the Memorandum itself, (the original, not this photocopy) describes it as probably the only remaining copy of the second edition of the Memo on the Electrical Regulations 2nd Edition. Condition: A much annotated photocopy in a professional binding, grey green cloth-covered boards, no titles to boards or spine. There is one bump to the boards, otherwise this is externally immaculate. 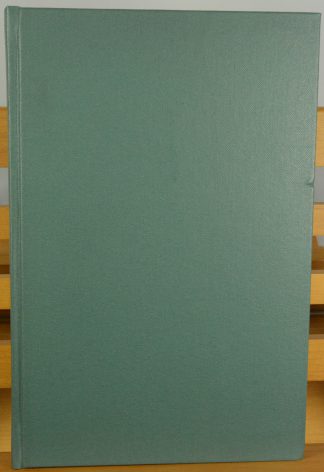 You're viewing: Factory and Workshop Acts, 1901 to 1911. Memorandum By the Electrical Inspector of Factories on the Electricity Regulations. £40.00
Add to basket
Duck Cottage Books