First English edition. Original publisher’s green cloth-covered boards, illustration to front board, gilt titles to spine, portrait as frontispiece, large folding map as called for, numerous black and white plates and illustrations in text . The third of three works describing the author’s travels in Africa, during which he made ethnographical observations and collected specimens of plants and animals. He was awarded the gold medal of the British Royal Geographical Society in 1887. Condition: Boards bumped and rubbed, fore-edges soiled, front pastedown worn at joint. 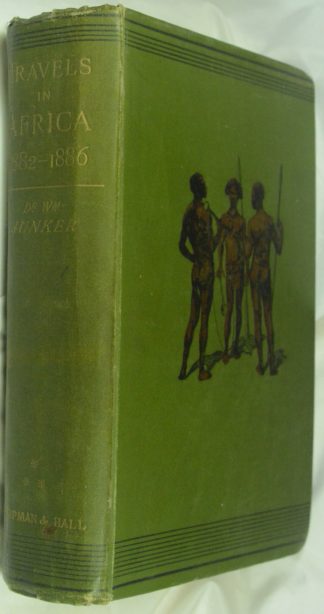