With a Preface by Simone de Beauvoir in which she tackles the question of why the Jews of Europe allowed themselves ‘to be led to the slaughterhouse like sheep’, and comes to the conclusion that we should wonder not that people ‘allowed’ themselves to be murdered in such numbers but that acts of resistance such as those at Treblinka happened at all. This is the story of Treblinka as it was before the revolt and of the events of the revolt itself, pieced together by the author from interviews with surviviors. First UK edition, translated from the French by Helen Weaver. Condition: Boards somewhat marked but sound, binding firm, pages clean. Dust jacket with edge wear and with clear tape reinforcement at bottom of spine. 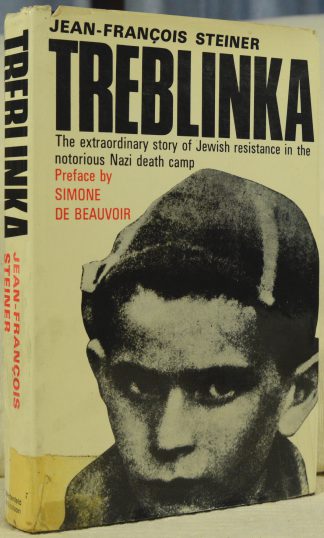